Spectrum-4 is a suite of integration solutions across the networking stack to enable end-to-end 400Gb/s networking and robust security. Spectrum-4 addresses the growing performance gap in artificial intelligence data centre infrastructure, where AI processors have increased processing speed, and require larger and larger network pipes to keep the GPUs running at full speed. 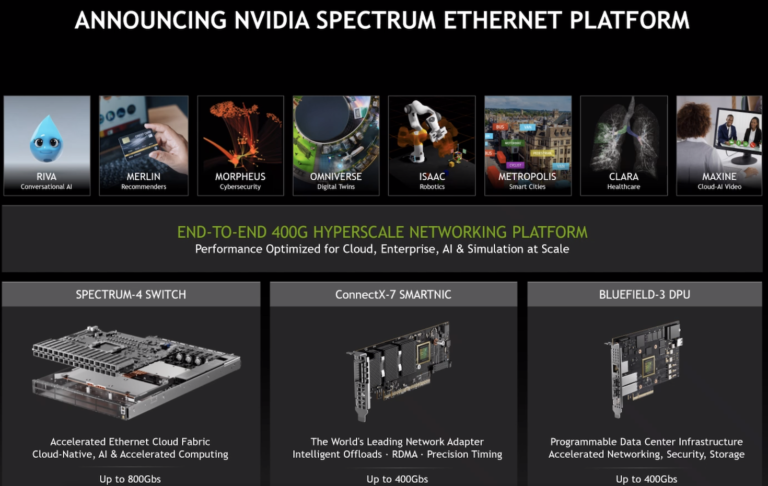 The components of the Spectrum-4 platform include: 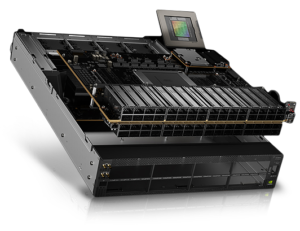 Spectrum-4 provides 4x faster switching throughput, up to 51.2 terabits per second with the new Spectrum-4 SN5000 family of switches supporting up to 128 ports of 400GbE. The Spectrum-4 ASIC also optimises RDMA over converged ethernet infrastructure, optimising data flow and protocols such as GPU-Direct access.

For the Omniverse, Sepctrum-4 switches bring nanosecond timing precision which enables the simulation of precise space and time in Omniverse applications. Moving to nanosecond precision is a 6x order of magnitude increase in accuracy compared to Spectrum-3 switch fabrics.

ConnectX-7 NICs are available now; Spectrum-4 switch systems and the Bluefield-3 DPUs will be available later in 2022.

In XENON’s 25+ years of experience in high performance computing we have been a leader in high performance networking solutions. XENON was Mellanox’s first solution partner, importer and distributor in Australia. After the purchase of Mellanox by NIVIDA to become NVIDIA Networking, XENON continues to be the leading NVIDIA Networking Partner in Australia.

Talk to the XENON team today and we can help you design a solution to tackle your most challenging networking and data management issues.