GPU-accelerated computing is the use of a graphics processing unit (GPU) together with a CPU to accelerate scientific, engineering, and enterprise applications. Pioneered by NVIDIA®  who led the industry in the application of GPUs to computing problems. GPU based systems now power energy-efficient datacentres in government labs, universities, enterprises, and small-and-medium businesses around the world.

How Do Applications Accelerate with GPUs?

GPU-accelerated computing offers unprecedented application performance by offloading compute-intensive portions of the application to the GPU, while the remainder of the code still runs on the CPU. From a user’s perspective, applications simply run significantly faster. Many applications are already coded for GPU acceleration. For other custom coded applications, the NVIDIA® CUDA programming toolkit allows for minor changes to the code to take advantage of the massive parallelism that GPUs offer. The benefit is 100x increase in run time and processing of computationally intensive workloads.

In the past few years, the range of GPUs available has increased while at the same time they are being designed for more specific applications and workloads.

Compute intensive GPUs for artificial intelligence, machine learning, data science and engineering applications – these GPUs are packed with more computing cores for higher compute power and accuracy at floating point scales and they often include specialised functions to maximise compute throughput and accuracy.

Examples of these compute intensive GPUs include:

Graphcore’s Intelligence Processing Unit (IPU) solution is interesting as they have designed a chip specifically for compute process and AI/ML rather than adapting GPU based form factors.

Graphics is the legacy application for GPUs and what they do best. These GPUs have specialised cores designed for graphics work, ray tracing and rendering thousands of pixels simultaneously. These GPUs are now standard issue for many desktop and laptop applications from gaming through to desktop publishing, photographic editing etc. 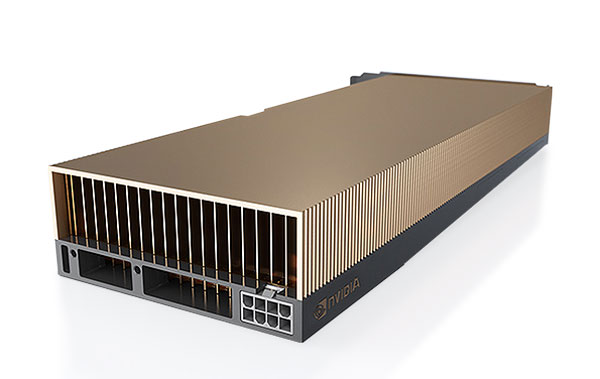 The evolution of the Graphics GPU has seen the release of new GPUs that are specifically designed for the professional demands of creative artists in animation, film visual effects, and film and television production/post-production. These GPUs pack more than average performance into small form factor to meet the demands of these more intensive applications.  Examples include the NVIDIA A40 and A2.

GPUs can now be shared across all applications – compute, high performance graphics and even desktop graphics. With the increased amount of memory and compute cores in modern GPUs, manufacturers have developed ways to share these resources across a virtualisation layer.

NVIDIA has been leading the way in vGPU innovation and has developed three ways to share these resources.

In addition to cost savings, it is much easier to up-date and manage a user’s software stack on the vGPU set-up. And when the GPU system isn’t being used for applications it can be re-configured and deployed for other applications such as render work.

XENON is experienced in designing GPU based solutions for individual applications and for sharing across VDIs or workstations. Contact us today to discuss your requirements and design a solution for your workflow. 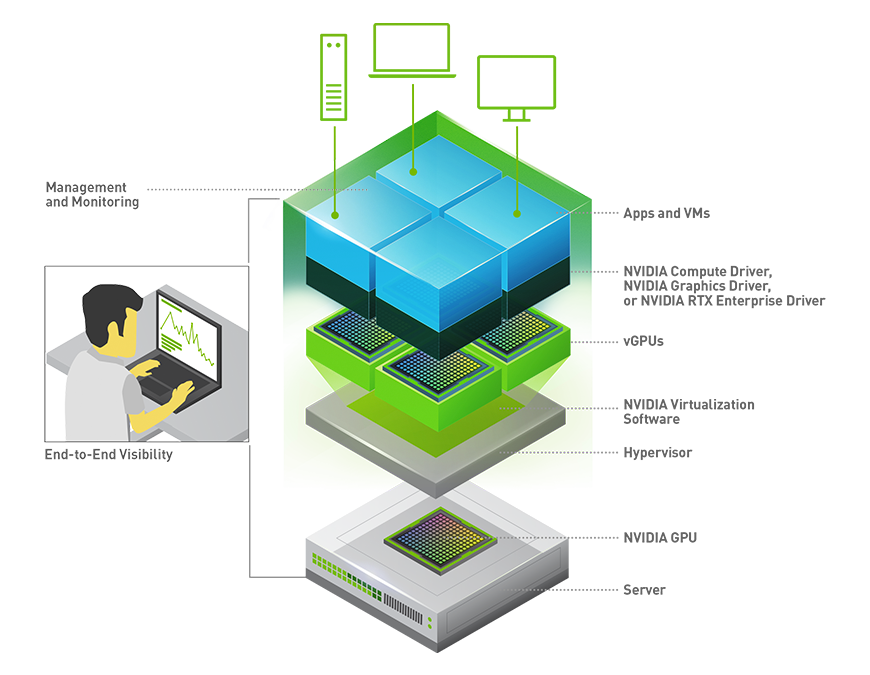 XENON has been building GPU Computing solutions since 2008, when we introduced clustered GPU based computing to Australia. We offer a full range of solutions, from managed services in the cloud to individual personal GPU based super computers, through to XENON GPU Clusters.

Contact the XENON team to scope you requirements and build your GPU solution today.

Talk to a Solutions Architect