CSL is a leading global biotechnology company with a dynamic portfolio of life-saving medicines, including those that treat haemophilia and immune deficiencies, as well as vaccines to prevent influenza.. CSL provides life-saving products to more than 70 countries and employs more than 25,000 people. Their unique combination of commercial strength, R&D focus and operational excellence enables them to identify, develop and deliver innovations so patients can live life to the fullest.

With numerous research projects in its portfolio at any given time, CSL’s Data Science group often needs to deliver results within hours, depending on the urgency of the project. However, there were limitations with the company’s existing platform. Processing bottlenecks meant that it could be days before research personnel could get an initial look at data analytics on a given project. CSL wanted to reduce the turnaround time to hours to accelerate innovation. Creating this advantage with pre-clinical data—the initial data that provides a foundation to clinical research—would be crucial. By accelerating pre-clinical analytics, CSL could learn more in a shorter time-frame to rule out ineffective drug candidates earlier in the research process. CSL determined that improving its Research IT capabilities would not only help it maintain focus on the patient but also provide a solid foundation to its long-term growth strategy and competitive position. 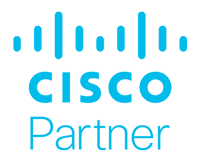 With insight from its U.S.-based biotech consulting partner, CSL developed a technology strategy to eliminate data processing limitations on its research platform. Even so, a uniquely experienced technology partner was needed to build and deploy the system. Featuring a High Performance Computing (HPC) cluster to ingest and analyse pre-clinical big data in a timely manner, its new and groundbreaking infrastructure would ideally be located near the company’s home base of Melbourne. XENON’s achievements and expertise as a professional services and technology provider in the bioinformatics realm meshed well with plans to implement state-of-the-art compute and network hardware from Cisco and a data storage platform from NetApp.

A staged deployment process was developed, with the ultimate goal to run as many as 60 different applications and software packages on its new data platform. The system was named ‘Ada’, honouring mathematician and computing pioneer Ada Lovelace, considered among the first to recognise that computers had analytical value far beyond simple calculations. A core set of ten applications was deployed initially on the new HPC platform. In some cases, multiple versions of these applications were deployed so users could run both existing and newer versions of their critical software tools.

XENON also trained CSL’s platform users on how to access and run applications, enabling them to compare analytics results quickly and understand how to transition to newer and more functional tool options. A streamlined migration to the new system, which included support for key applications, and hands-on training, allowed the CSL Research team to continue working effectively.

XENON collaborated closely with CSL’s internal IT teams including networking and storage groups, all tasked with operating the company’s internal IT infrastructure. XENON worked to ensure the system was installed and configured for convenient management by CSL’s internal teams. Extensive documentation and testing support added critical value as the organisation routinely specifies, builds and tests numerous methodologies which must be documented to maintain and replicate processes consistently. XENON helped confirm that these methodologies were captured in CSL’s internal quality management system, customised for consistency in its broader computerised systems. XENON also ensured a carefully structured hand-off process, remaining engaged for additional support on demand. CSL’s modernised platform has reduced the analytics timeline from what had been days and potentially even weeks (depending on the scope of the data at hand) to hours. To maximise the new system, CSL rewrote some of their workflows and data analytics tools for a better fit. Some projects are now running 50% faster on the new platform compared to the old solution. Further, when users harnessed multiple nodes of the cluster, time-frames shrank from days to hours — something not previously possible.

These advantages encompass genomics and beyond, as Ada users include scientists from all of CSL’s research groups. The company’s diverse projects span bioinformatics and AI, data management, image analytics and system biology, vascular biophysics, and protein biochemistry. The size of the data these researchers work with can be very large, with some experiments generating several terabytes of data. As data expands in sync with new research capabilities, insights and breakthroughs, capacity-driven needs will only grow. Being able to handle that kind of big data quickly makes a vast difference in patient treatment.

CSL’s protein biochemistry work provides an excellent illustration of the potential of analysing big data quickly. Before Ada, researchers relied on x-rays or NMRS (nuclear magnetic resonance spectroscopy) technologies to model protein structures – costly, time consuming and unwieldy options. With Ada, CSL now has the compute power to use molecular dynamics as a means of modelling protein structures via computer simulation before requiring lab and imaging resources. Teams are characterising protein structures faster, using smart HPC technology that is cost effective and reliable. 20% of CSL’s research scientists are already using the Ada platform, with the goal to empower even more individuals across its diverse research groups.

Ada is also integral to CSL’s recently announced partnership with the University of Melbourne to acquire a cryo-electron microscopy (cryoEM) machine, enabling the group to characterise its products before their submission to regulators. Cryo-electron microscopy is a powerful imaging-based technology, capable of generating data ranging from 200-300 terabytes to multiple petabytes – or 100 to 1000 times more data than generated by genomics research and analytics. Access to this level of data is opening up insights into viruses, bacterial infections, diabetes, and so much more. It requires a scope of analytics that would not have been possible with the previous system. Today CSL is breaking new ground, empowered by a data platform specifically designed for new, data-heavy research methods.

CSL’s technology partnership with XENON has culminated in this platform. XENON has provided not only the technology expertise, they have remained ‘hands-on’ with information flowing in both directions, making a powerful difference in the partnership.

CSL is evolving and actively recruiting new talent worldwide – its ability to highlight Ada is a distinguishing factor in its research capabilities. To attract and retain the best minds in research, the organisation recognises the need to be highly competitive with the tools they offer. Their HPC research platform is optimised to empower its people to innovate – getting effective treatments into clinical trials and ultimately helping more patients across the globe.

There is a shift underway in how pharmaceutical companies produce drug candidates through their R&D pipelines, and XENON’s IT expertise is helping CSL play a leadership role. By investing in smart, HPC-based data analytics, CSL has a data platform integral to its vision through 2030, powering the company’s strategy to be a more competitive digital enterprise.

XENON set-up, integrated, installed, configured and tested CSL’s HPC platform, enabling a smooth transition to a much more powerful data platform as the foundation for its biotech and genomic research.